For the second time in recent months, police have arrested a man for pleasuring himself inside one of the retail giant’s 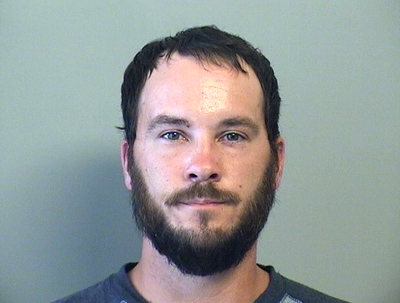 Bennett was charged with two counts of indecent exposure and booked into jail, where he is being held in lieu of $10,000 bond. He is scheduled for a June 20 court appearance.

about six miles from the store where Bennett performed his solo act.

The naked Hounslow, 37, was confronted in the bathroom by a female shopper who walked in on him. After dressing, Hounslow (seen at left) fled the store as customer Beth Davis filmed him on her iPhone. “You were naked and had your pants down around your ankles. Someone stop him. Do not let him go out that door,” Davis said as she recorded Hounslow (who, like Bennett, was charged with indecent exposure).