Man gets two DWIs at the same McDonald's location in one day. -

Man gets two DWIs at the same McDonald’s location in one day. 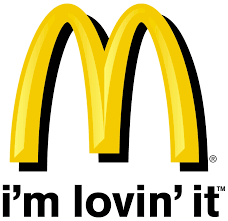 In the early morning hours of March 10, 2014, 31-year-old Zachary Boynton decided to hit up McDonald’s for a late night meal. Unfortunately, he was also drunk.

Now as everyone knows, going through the drive thru at the Golden Arches while intoxicated can often result in two very unfortunate outcomes:

2. Ramming into another vehicle.

While no information exists about what Zachary ordered, he did manage to slam into the back of the car in front of him. The police were called, Zachary got a ticket, and he was turned over to some sober friends….who apparently didn’t realize that driving under the influence wasn’t a new thing for their fast food craving companion.

At 5:16 AM that same morning, the same McDonald’s called police to report that a drunk driver hadslammed into the side of their building. Sure enough, it was Zachary behind the wheel again (and apparently unaware that the lobby didn’t open until 6:00 AM.

The police did what they should have done the first time with a repeat offender (he’d just been busted a few months ago for the same offense) and arrested him at his home later that day.