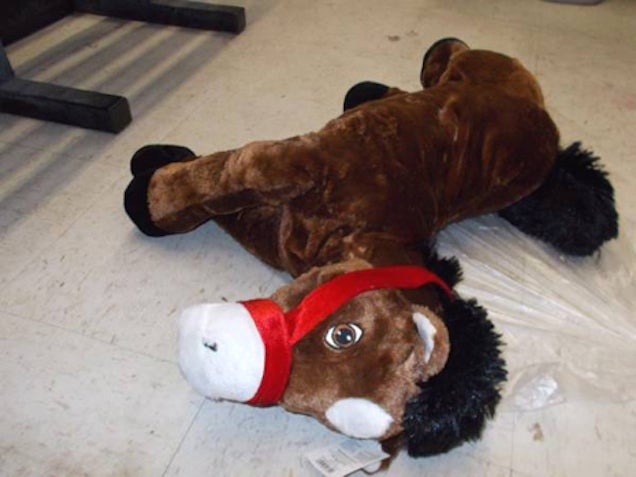 We’ve also learned a few more details about Johnson’s afternoon of passion. A report from a Brooksville, Fla., police officer, for instance, contains the tidbit that Johnson utilized “short fast movements” to bring himself to fruition, and that his ejaculate ended up mostly on the stuffed animal’s “chest area.” In a statement given to police, Johnson admitted that he had committed a “horrible act” and that he is “extremely sorry.”