THE WEIRDEST ORDERS WAITERS HAVE EVER GOTTEN, ACCORDING TO REDDIT -

THE WEIRDEST ORDERS WAITERS HAVE EVER GOTTEN, ACCORDING TO REDDIT 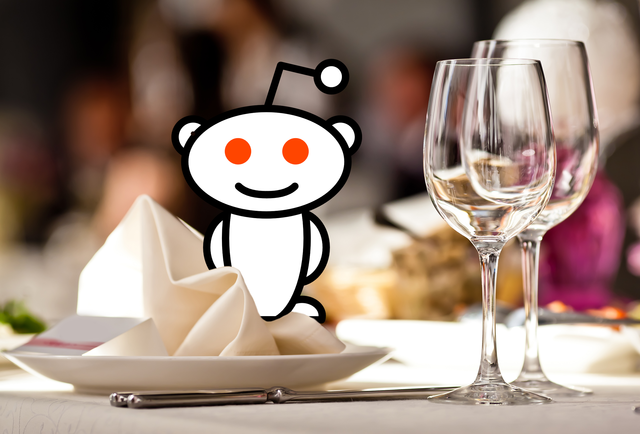 Your gross friend who orders General Tso’s with brown rice isn’t the only weirdo who frequents restaurants. There’s a whole population of inscrutable eaters out there, and servers from all over recently took to Reddit to out those freaks. While the entire “Waiters of Reddit, what’s the most ridiculous order someone’s placed…?” thread is unbelievable, these were eight of our favorites. May you never encounter the heathen who requested microwaved root beer.

We made her a cheese pizza. She didn’t call and complain. Still not sure what the f*** she thought she was ordering.”

“Had a lady order our filet mignon, when it was brought out to her she said with disgust that she had ordered the filet, not a steak. She proceeded to argue that a filet mignon was a type of baked potato rather than a steak.

EDIT: Damn this blew up, and when asked how she wanted it cooked she looked puzzled and said ‘regular’ which I took as meaning medium.”

“At the Italian restaurant I worked at as a server/bartender/manager for 5 years, we had a lot of regular customers come in and had some strange requests. Most were nothing too special, but one guy would come in 4-5 days a week, and he would never order anything on the menu unless it was a busy night and we wouldn’t have time to ‘get crazy’. On the slower nights though, he would order things with sauces we didnt normally make, or special dessert concoctions (even though we prepared desserts daily, and did not make them to order).

The craziest thing he ever ordered though, was a Doughnut Explosion. To be clear, we did not nor know how to make doughnuts. However, there was a Dunkin Donuts next to our location, and he sent one of his favorite servers next door to pick up a dozen random doughnuts. When he came back, the customer told me which ones he wanted on his dessert, and I proceeded to go back into the kitchen and whip up his dessert to his specification. It consisted of 2 doughnuts, topped with vanilla ice cream, layered between the brownie cake that was our house specialty, and topped with Chambord and a port wine fig sauce that we put on pork chops. This was one of the most disgusting things I’ve ever seen in a restaurant, but he let me try a bite and it was f***ing amazing!”

“Used to be a waiter. Had a family come in and eat. Little boy eventually orders dessert. Vanilla ice cream and ketchup.

Yes, he put the ketchup on the ice cream. No, I didn’t stick around to watch. I would’ve thrown up.”

“Over the summer, I had a customer who came in for Sunday brunch and ordered a spinach and feta cheese omelet. She then adds that she would like it made without eggs. I clarified that she wanted an omelet WITHOUT eggs, not made with egg whites which is quite normal.

We made her a spinach feta salad and the customer was happy.”

“I had someone order a warm root beer. As in, stuck in the microwave and heated up. I definitely made a face but I did it. Really sucks to work somewhere that has bottomless pop and be sticking one in the microwave every 15 minutes.”

“I once had a guy place his order, and then say ‘And give me one of those spaghetti appetizers.’

I had been working there for a couple months, and we had no pasta dishes whatsoever on the menu. I politely tried to clarify this, but he wasn’t having it. He just kept getting more irate. He insisted that he eats here all the time, and he always gets the spaghetti appetizer.

Eventually, he gets up from his table, storms over to another one, and points at what he wants on another diner’s table. He was pointing at their cole slaw. And yes, as far as he was concerned, I was still the asshole for not knowing what he was talking about.

Edit 1: Our slaw was a southern style slaw, where the cabbage is shredded. So, the cabbage is in strings, but you would still have to be some sort of weirdo to confuse it with noodles. And a few people have mentioned a Dane Cook bit. I’m not familiar with that joke, but after doing some googlin’, it appears that is a joke about messing with staff at a restaurant. This happened in 1994, and the customer was an older, well dressed guy out to dinner with his wife. I’m positive he wasn’t f***ing with me, he was just an obnoxious a-hole that expected me to know what his confused mind was talking about.”

“As a waiter at a coastal restaurant, we occasionally had dolphins come in the harbor right to where people would eat. These two old ladies came in and before they placed their orders, demanded I release the dolphins for their amusement. It took a good 10 seconds of silence before I realized they were serious. I passed this request onto my manager and then continued to eat free jumbo shrimp.”