10 Things that the Fast Food industry doesnt want you to know….. 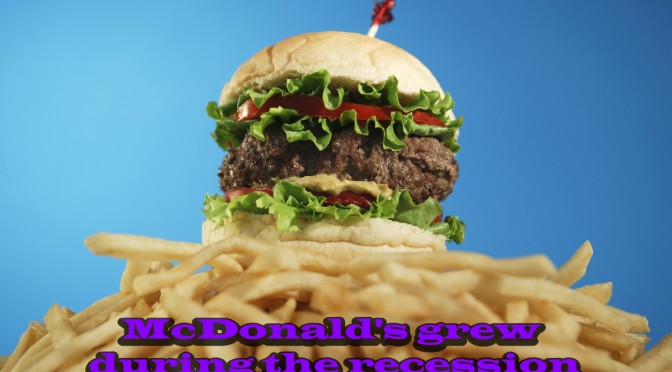 McDonald’s Grew During The Recession
McDonald’s had higher sales growth in 2008 than in 2006 or 2007, opening nearly 600 stores that year, according to Slate. The chain was able to take advantage of Americans’ recession tastes: Cheap, convenient food.

They Handle Food That Isn’t Really Food
One Reddit user claiming to be an ex-McDonald’s worker said he once left a bag of chicken nuggets out on the counter for too long and “they melted. Into a pool of liquid.” That didn’t stop him from loving the nuggets, “still delicious,” he wrote.

More than 60 percent of low-wage workers are employed by big corporations, according to a July analysis by the National Employment Law Project. And more than 90 percent of those companies were profitable last year

Fast food workers in New York City make an average of $9 per hour, according to the Village Voice. That comes to about $18,500 per year for full-time workers.

For 40 percent of private sector workers, taking a sick day and still getting paid isn’t an option, according to the Baltimore Sun. Fast food workers are especially likely to be part of that 40
percent.

Many fast food workers saw their health benefits put at risk this year, if they even had them at all. Papa John’s CEO John Schnatter said he would likely reduce some of his workers hours so that he wouldn’t have to cover them in response to Obamacare. Jimmy John’s founder, Jimmy John Liautaud told Fox News in October that he would “have to” cut workers’ hours so that he wasn’t forced to cover them under Obamacare.

The average hourly pay at McDonald’s, Wendy’s, Burger King and Taco Bell is less than $8 an hour, according to salary data cited by CNBC.

As more workers fight for limited jobs, many older employees are gravitating towards the fast food industry. The median age of a fast food worker is 28, according to Bureau of Labor Statistics data cited by the Atlantic. For women, who make up two-thirds of the industry’s employees, that age is 32.

For all their work, fast food workers get very little dough. The lowest paid job category in New York City is “Combined Food Service and Preparation Workers, Including Fast Food,” according to Bureau of Labor Department Statistics cited by Salon.