Category: Life as a Retail Manager Tags: life of a retail manager Leave a Comment 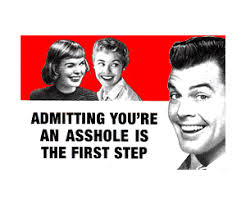 In response to some angry comments about the large number of assholes running around in management roles here’s the first in a series of posts about assholes. There is also a follow up post on the top 12 reasons managers become great: