Five phrases never to say to a cashier -

Five phrases never to say to a cashier 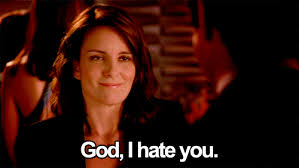 As soon as their feet touch the sales floor, customer service representatives are expected to represent the company they are working for by addressing customers’ wants and needs while upholding a friendly attitude. Not to mention, all customer service reps have to obey the retail golden rule: the customer is always right.

Customer service cashiers tend to have a heavier load on their shoulders. Their appearance, attitude and service will thoroughly stick with the customer and his or her views of the business when they walk out of the store.

However, after “cashiering” for a while, cashiers tend to realize something: customers say the darndest things! Some cashiers realize that customers borrow from the same vocabulary bank and say some of the most bizarre things ever.

And quite frankly, it can get a bit repetitive and tiresome.

This writer has been in the shoes of a customer service representative. And with many undergraduate students taking a part-time job at least once in their college lives, there is a fairly good chance some students have been behind a register and have experienced some sort of customer pattern.

I’ve compiled a small list of phrases that people should avoid saying to a cashier at any store. These phrases are not necessarily banned from saying in person, but they are definitely not appreciated at the registers either.

1. Since it’s not ringing up, it must be free then!

Ah, yes, one of the classics. It is such an innocent phrase, and it is not as bad as it sounds. However, this phrase and phrases similar to it come up way too often in retail. So often that you just want to make a “wah-wah” noise whenever you hear it.

Cashiers really appreciate the humor behind it, they do! However, for the sake of the cashier’s sanity, try to avoid saying it.

2. I just printed those bills/dollars today!”

This phrase usually comes out after a cashier checks to see if the money is real or not. This phrase may be humorous, but cashiers see it either two ways: as a joke or as a threat. What if, hypothetically, the money you paid ended up counterfeit and you didn’t know? Bam, you earned a spot on the store’s blacklist. For your safety and the cashier’s well being, it would be best not to say anything at all.

These phrases and phrases similar to them occur whenever a card suitable for payment is declined. These phrases are also a bit debatable as to whether or not it should be appropriate to mention it to the cashier. Before it should be used, it should be worth noting that the cashier has no control when a card gets approved or declined. Blaming either the cashier or the “machine” for insufficient funds or mentioning the expected amount in the card just isn’t necessary.

4. Could you give me your employee discount? Ha!

5. You’re ringing up too slow. I’ve been waiting in line for 20 minutes.

Cashiers certainly do their best in ringing items up quickly and accurately. However, attacking the cashier by saying the lines are longer than at Disneyland will not help speed the process. If you must bring up the speed, do it without attacking the cashier. Cashiers will certainly appreciate the feedback given as long as it is presented in a friendly tone. But other than that, cashiers are just as aware about the lines as you are. Constructive criticism and patience will go a long way.