“The customer is always right.”

Whoever came up with that phrase should be bound and gagged underneath an outhouse of a Turkish spa.  For those of you who have worked in a retail setting, you’ll understand why I totally disagree with that statement.  In fact, I say about 9 times out of 10 the customer is always wrong.  No matter if you work at an upscale men’s clothing store or the bowels of K-Mart, you start to realize that the people that come into your store aren’t the sharpest knives in the drawer.  Today I’m going to go over the types of customers that you always come across when working at a retail store and would love to strangle if given the chance.  Not to say you should avoid working in retail at all costs, but at least I should give you fair warning on who to be on the look out for.

It’s usually the Early Bird customer that I feel pity for.  I can understand waiting outside the door like a poor dog waiting to come inside from the cold weather on Black Friday, but why is it that important to show up at the crack of dawn at any given day?  I can’t really comprehend that someone has really nothing better to do all day, but to wake up in the morning, have breakfast, and then stand outside of their nearest Walmart 2 hours before the doors open.  Why not do something more productive like go jogging, do morning exercises, or at least read a book?  This is why I always say to get a job because you won’t end up being as pathetic as the Early Bird.

Also, what could possibly be so damn important to arrive early at the store to be the first one in?  I don’t think you should consider it an accomplishment to barge right in to snag an iPad 2 when there’s plenty in stock.  Unless you have some unique form of OCD, there’s absolutely no reason at all to make “going to the store” the first thing to do on your list.

Back when I was a kid, my family would go to the park or beach for good ol’ family entertainment.  Nowadays it seems like going to Walmart or Staples with the family is a special occasion.  These folks would spend hours and hours on a Saturday afternoon to go “shopping” — realistically, it’s just the parents browsing around the store to not buy anything while they plant their kids in front of the TV displays to watch Avatar or some other overplayed movie.  The biggest complaint I have with theFamily Outing is that the parents expect the sales associates to act as babysitters while the little brats run around with snot running down their noses.  My solution in to getting rid of the Family Outing is to hire a clown every weekend at your store and have him claim his facepaint is made out of baby blood.

Let’s see…you don’t work anymore, the family’s moved away, just finished watching The Price Is Right…what else is there to do?  I KNOW!  Let’s make some friends at Target!
For the Retiree, going to the retail store is much more pleasurable than it is for the Family Outing, but in fact, it’s pure bliss.  These old fogies probably have been neglected by their families or just too damn thickheaded to go to a nursing home.  So in all, their only form of actual human contact is by popping in store after store to chat up a storm when they have no clue at all what they’re buying.  It doesn’t matter that they’re buying a brand new Apple computer when they have absolutely no business using a computer.  All that matters to them is to waste your time while jabbering about the time they were in the army and helped Dwight Eisenhower fix a flat tire in Alaska.

4. The Too Much Spare Time These fuckers are usually unemployed and truly have nothing better to do then to spend hours and hours moping around the store.  Don’t be surprised to come across the Too Much Spare Time about 50 times during your shift when he’s been “browsing” for the past four hours.  Ironically, if they decide to use their unemployment checks to shop for crap than to use to for…oh say like food, water, or gas…they’ll be in there for another 3 hours.
The best thing to do if you come across one of these assholes is to tell them go home and spend your time looking for a job.  Hell, even recommend to them to just take your job so you don’t have to deal with the Too Much Spare Time. 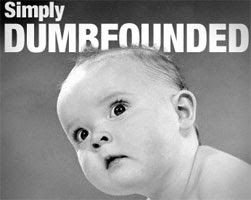 These guys I truly can’t stand.   While I can deal with basic questions like “How much does this cost?” or “Do you have that in stock?”, these customers sometimes barrage you with mind-numbingly questions such as “What’s a battery?” or “How do I dial 9-1-1 on this phone?”  TheTwenty Questions take a rather long time to comprehend your answers to them until the light bulb turns on (although its rather dim) in their heads.
Listen folks, indecisiveness is what gets people killed.  It doesn’t take a rocket scientist to figure out how to turn on a TV set or where to put the food in the microwave.  If you truly need to have someone reassure you a HUNDRED times that this camera really does take pictures, I think it’s time to consider to get special assistance from the Visiting Nurse Services when you go out shopping.  If all else fails, just shut the fuck up. 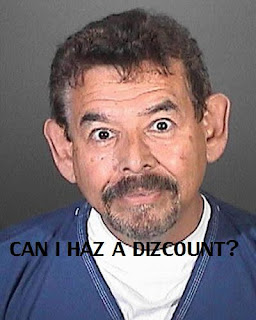 I’ll admit it; it’s truly an art to go bargain hunting.  Back then, customers would actually do some research into finding the best deals around town and save on buying at certain locations.  But now, they’ve gotten too lazy and morphed into the Merciful Bargain Hunter.
These types of customers would usually give you sob stories on how they traveled all the way from Croatia to purchase a ridiciolous crap load of stuff at your store and see if it is in your power to give them a discount or deal for all of their trouble.  That’s just one of many excuses they try to throw at you when look for mercy in their pathetic attempts in bargain hunting.  One classic line I hear over and over again is, “BUT I SAW THAT COSTCO AND WALMART FOR LESS!”  Well, no shit.  Then why the hell you didn’t go there in the first place?
I can understand pulling off some routine that you got 8 kids to feed and are on welfare at the supermarket, but it ain’t gonna work at the Apple Store or Lord &Taylor.  There’s just no room for sympathy when it comes to luxury and debt.

Let’s face it; we’ve all bullshitted one time or another.  Whether it be calling out sick from work when you’re perfectly fine or getting out of jury duty because you claim to be the biggest bigot in the world, bullshit is also an art just like bargain hunting.  Unfortunately, the Bullshitter doesn’t know their limits and boundaries as they bring their lies everywhere; especially at the store.
The best way to describe the Bullshitter customer is to think back when you were six years old and one of your schoolyard buddies tells you that his dad works for Nintendo and he’s working on a super duper brand new system that uses holograms and there’s a game coming out that has Mario teaming up with the Power Rangers.  I’m just curious to know whether these “Bullshitters” actually believe in their own bullshit or just trying to pull your leg.  I can’t tell you how many times some big dope comes up to me and says they heard some “secret insider tips” that Verizon was coming out with a brand new smartphone that makes toast and that Sony is coming out with a brand new TV set that will make everything obsolete by the year 2015.
One easy way to spot a Bullshitter is that they always begin with, “I heard…”  Whether they get their information from The Onion or were victims of being fed bullshit themselves, they make sure they past the information to you so perhaps you start believing their bullshit. 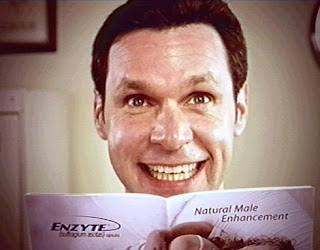 Unless you got a case of lockjaw, there’s nothing humorous about shopping for clothes or other assorted items.  The Grinner is rather easy to spot: someone comes up to you with a goofy fuckin’ grin or smirk on their face when they ask for help.  They have the same look on their face the rest of the time you deal with them until they leave the store.  If you happen to be one of these Grinners, please stop it.  All you really are doing is making the sales associate to find anyway to piss you off and wipe that god damn smirk off your face.

“THEY TOOK OUR JERBS!!!”
There’s nothing wrong in supporting one’s economy, but I don’t think you really need to freak the fuck out to find out that your American flag t-shirt came from Cambodia.  Usually with the Paranoid Patriot, if they come across a product from an unknown manufacturer, the first thing they ask is, “WHERE’S IT FROM?!?!?  I’VE NEVER HEARD OF COMPANY X!!!!!”  To see the look on their faces when you simply tell them it’s from China or any other Asian country is kind of priceless.  The only thing is once you do tell them, they go on a 50-minute tangent on we shouldn’t buy Chinese stuff and that the Chinese are planning to take over America with their bootleg TV sets and vibrators.  So sometimes it’s best just to bullshit to them and say their Wang Chung washer and dryer set came from the great state of Idaho.
Granted that the majority of Chinese products aren’t up to par, but not all of them are bad.  However, the Paranoid Patriot is convinced that if their purchases are not made from North America, it will most likely blow up when they use it at home.  Ironically, I’m sure the Paranoid Patriot are the same people who drive their Isuzu pickup trucks to go home and eat their hot dogs and fried Oreos imported all the way from Indonesia. 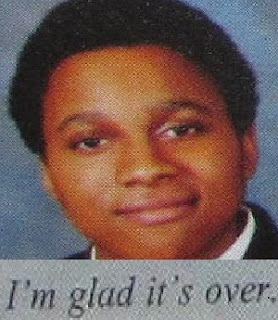 The complete opposite of the Early Bird, but just as equally annoying, the Night Owl shows up at the last very minute before the store closes and moseys around like they got all the time in the world.  In theory, the Night Owl shouldn’t be a problem as certain stores tell them to get the hell out and leave, but not every store does that.  In fact, management encourages them to stay as long as they like while disregarding the employees that have to stay for this jackoff to finish making his purchases.
It’s almost like they know what time the store closes and intentionally comes in at the last minute to make your life miserable.  Don’t give me that excuse you get off your shift from cleaning baboon semen off the walls at the zoo at 9:30PM and can only make it to the store after work.  You damn well know Walmart, Target, Radio Shack, Best Buy, Marshalls, Costco’s, and just about every other major retail chain is about all week long, so you come on in on your day off.
Sourced from listhell.blogspot.co.uk